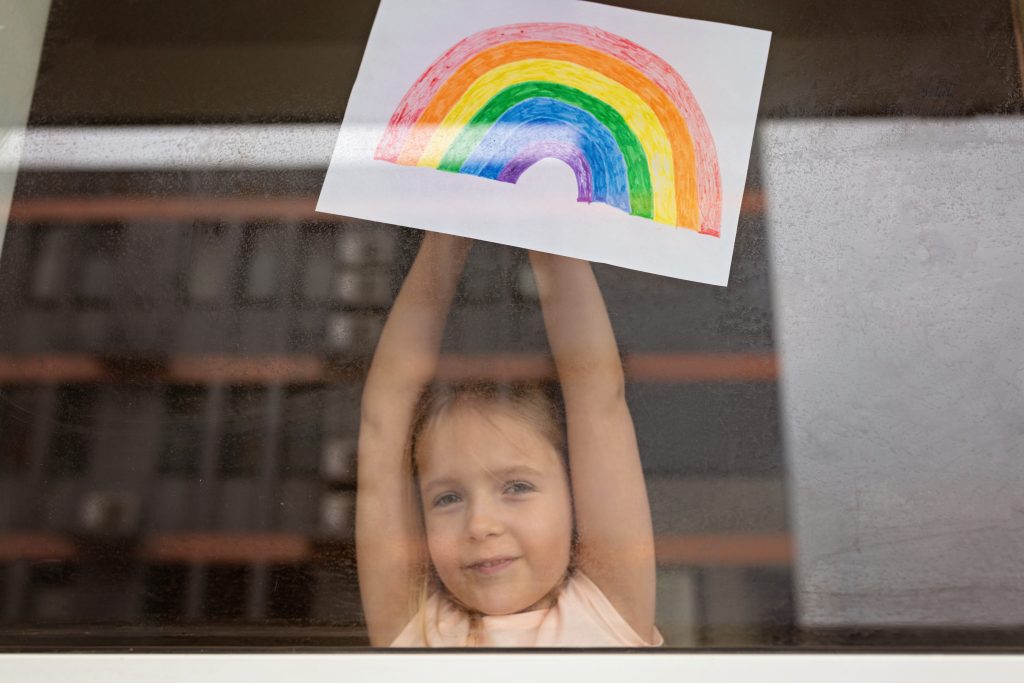 According to one recent report, one third of all COVID-19 deaths in the United States have occurred in long-term care facilities, making the elderly and their nurses and healthcare providers a particularly vulnerable population when it comes to battling the pandemic, reports the Centers for Disease Control. In fact, in response to the growing number of viral outbreaks at LTCFs and SNFs across the country, Vohra recently launched Telemedicine Wound Care at Home in order to provide elderly patients and their nurses and caregivers with a safe way to access expert wound care without ever having to leave home.  While the team at Vohra is doing our part to support healthcare professionals and patients through this difficult time, we’re certainly not alone when it comes to heeding the call to service.

Amid the grim headlines and sobering statistics on COVID-19 and the elderly, there are also scores of uplifting stories emerging from long-term care and skilled nursing facilities that bring hope and comfort to aging patients and the people who care for them. Truly amazing acts of self-sacrifice, innovation, kindness, strength, and generosity are occurring daily as the world struggles to fight the virus and create a new normal.

From a professional football player returning to his healthcare roots, to inspiring survivor accounts, to big business stepping in to help, we’ve handpicked four of the most inspiring stories that demonstrate the everyday heroism and resilience happening across the country as people come together to fight and advocate for vulnerable seniors. 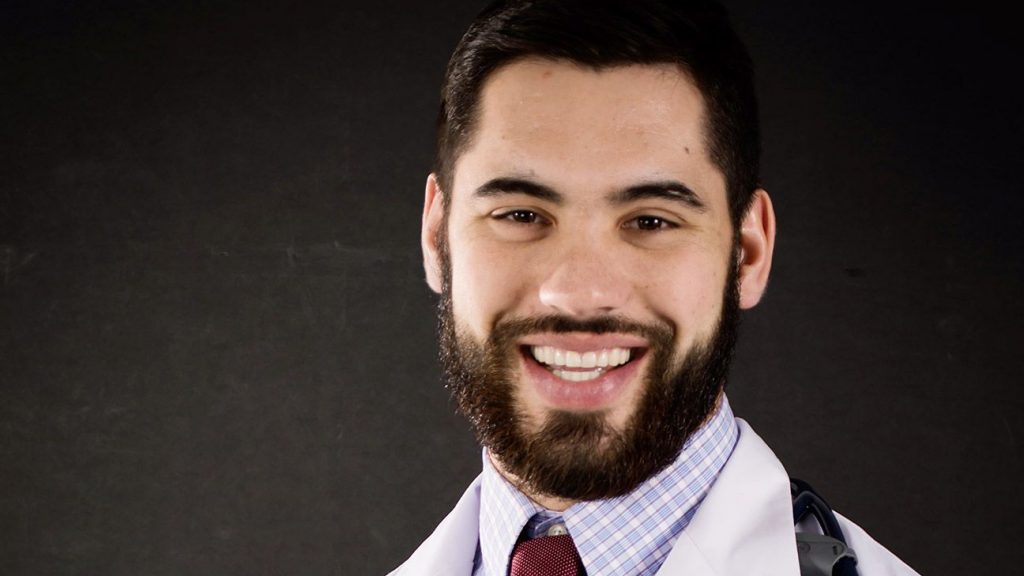 Kansas City Chiefs player and Super Bowl champion Laurent Duvernay-Tardif saw his life change drastically when the COVID-19 pandemic started. Duvernay-Tardif, who holds a doctorate in medicine, was inspired by the sacrifice and dedication he saw from his fellow healthcare professionals and found himself called to the front lines at a long- term care facility near his home in Montreal, Canada, shortly after his victory vacation.

Duvernay-Tardif, who does not yet have a license to practice medicine said, “A few days ago, health ministry officials started a campaign to recruit healthcare professionals, especially students in medicine and nursing. It’s now possible for me to go back and help. I had already wanted to, but when it’s real, it hits you, the gravity involved.”

Duvernay-Tardif described his role in the long-term care facility as supporting the nursing staff and helping to relieve other workers from long hours and back-to-back shifts. When talking about the critical support he provides to the nurses and patients, he demonstrates a deep resolve and commitment to service: “When you’re going in to help, it’s more about your duty as a doctor and a citizen. It’s not the time to be the hero and be impulsive. You’ve gotta do it the right way. You’ve gotta really take this seriously when it comes to washing your hands, not touching anything.”

In addition to his work at the long-term care facility, Duvernay-Tardif is part of the NFL Players Association task force—a group that helps determine different scenarios for the safest return to an NFL season. In regards to starting the NFL season, Duvernay said, “if we’re not playing in September, knowing all the implications of what sport means for a nation and the money behind this huge industry, there are going to be bigger issues than not playing football.” 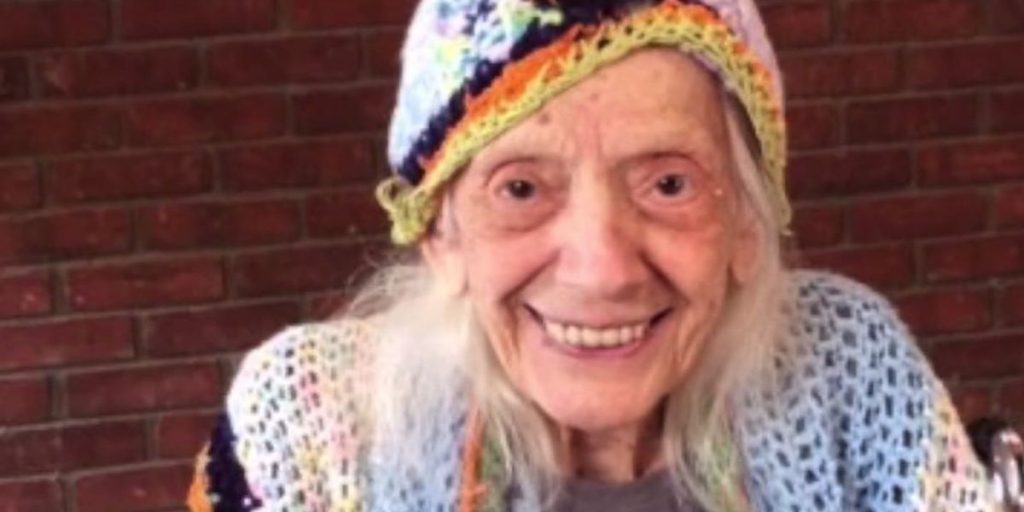 Marilee Shapiro Asher, a 107-year-old resident of Chevy Chase House senior living community in Washington, D.C., started to feel unwell in late March. Her first symptom was general fatigue, which gradually became more acute, impairing her eyesight and making it difficult to breathe. She went to the hospital in mid-April when she almost stopped eating. Diagnosed with COVID-19, one doctor told Asher’s daughter that her mother only had 12 hours to live. Knowing better, Asher’s daughter said, “he doesn’t know my mother, does he?”

Asher’s daughter was right because just days later Asher returned home from the hospital after testing negative for COVID-19. What’s equally remarkable is the fact that this was her second battle against a viral pandemic. At about six-years-old, Asher contracted and beat the Spanish Flu—a deadly influenza that killed at least 50 million people worldwide.

In a 2019 radio interview, Asher was asked the secret to her longevity, which she attributed to exercise and art. “Here at the facility for senior living I go to tai chi class and to a yoga class, which helps to keep me kind of limber,” she said in the interview. “That’s important. But even more important is one’s having an interest, having something that makes you want to get up in the morning and do it.” 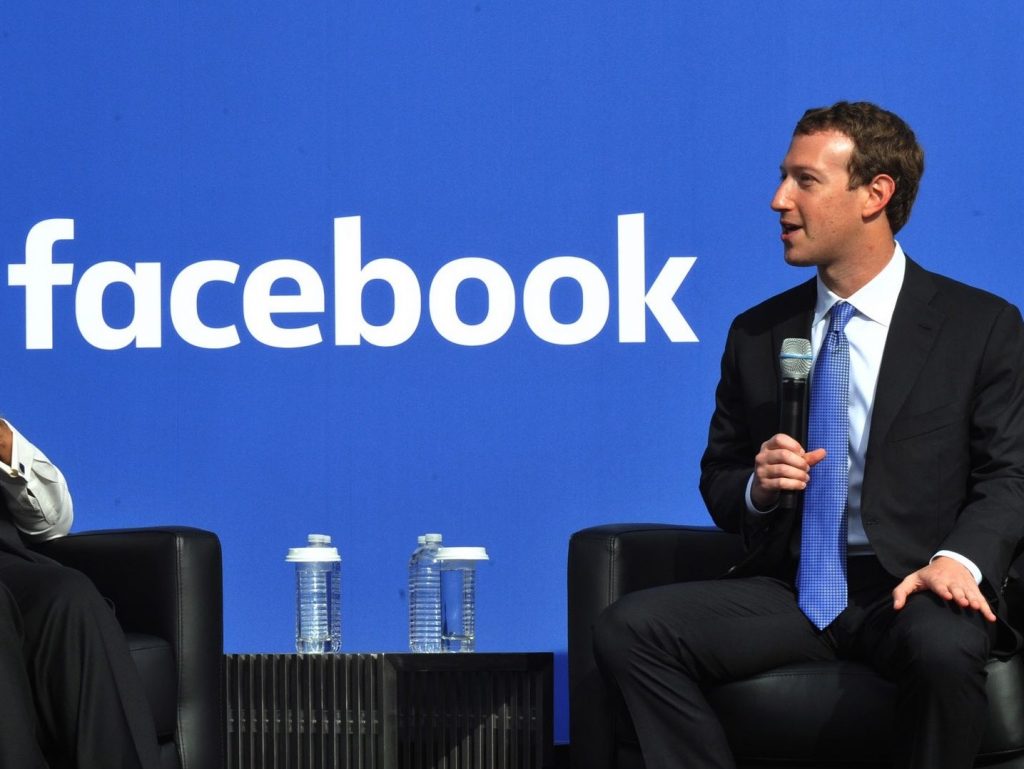 In April, tens of thousands of long-term care nurses in California received a big financial “thank you” from the state and the tech industry. Thanks to a generous $25 million donation from Facebook, California’s Office of Statewide Health awarded 50,000 licensed vocational nurses and certified nursing assistants who work in skilled nursing facilities a $500 stipend each as a part of its Skilled Nursing Facility Hero Awards.

Facebook CEO and founder Mark Zuckerberg praised the sacrifice and heroism these nurses demonstrate every day on the job: “We’re grateful for all the incredible work California’s critical staff in nursing facilities are doing to save lives and help combat COVID-19. They’re on the front lines every day selflessly helping others, and we hope these stipends will help cover some of their expenses so they can focus on their critical work.” 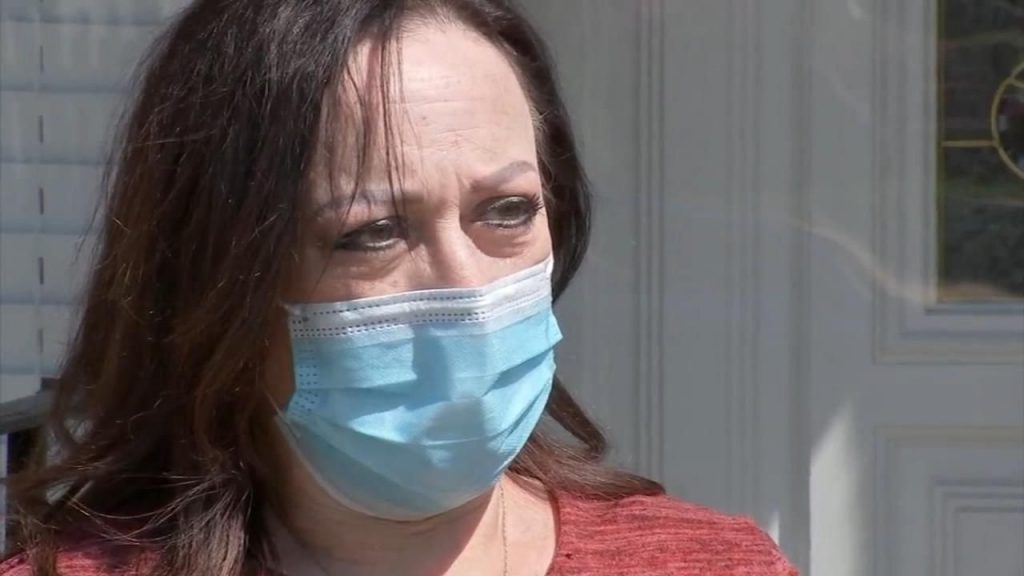 Maria Phillips, a long-term care nurse in Philadelphia, PA, returned to work in May after contracting COVID-19 and going through, not one, but two rounds of quarantine. After recovering from the highly infectious virus, Phillips is more focused than ever on protecting and treating vulnerable elderly patients at her facility, stating, “I wanted to make sure I could see their eyes again—wanted to make sure I was there to see a recovery.” Despite the difficult nature of her job, Philips says she is most inspired by her fellow nurses and colleagues and the many recoveries from COVID-19 she is seeing at her facility. 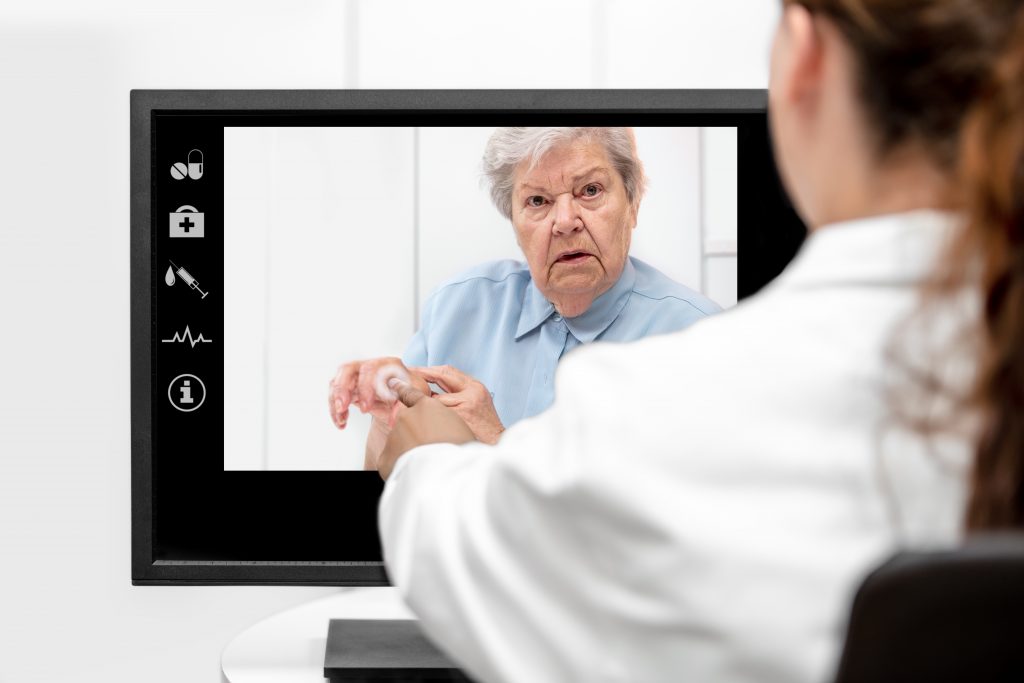 Telemedicine brings hope, reassurance to elderly patients and their caregivers

Even as we celebrate the inspiring stories of caregivers and survivors, long-term care facilities are still home to the most vulnerable patient population to COVID-19. New, creative solutions to healthcare for this demographic are needed now more than ever in order to increase the safety of and improve the health outcomes for this aging population. Seniors need quick and easy access to healthcare services and wound care without putting themselves and their caregivers at an increased risk of contracting COVID-19 so they can continue to fight and inspire us every day.

Companies like Vohra Wound Physicians have seen great results with telemedicine, which allows patients to be treated from the comfort of their own homes or facilities. Vohra is proud to offer this critical support and safety to the nurses and caregivers on the front lines of this global battle.

If you’d like to speak to a care coordinator or schedule a telehealth appointment with a wound specialist, click here. 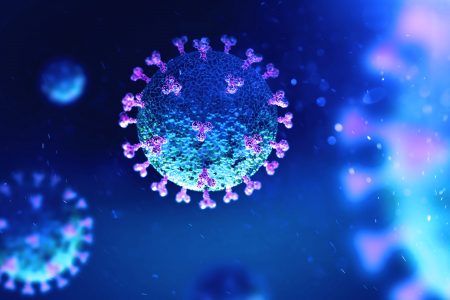 Share ArticleShare Article To date, there have been nearly 5 million confirmed cases of COVID-19 stemming from the SARS-CoV-2 virus, with more than 326,000 deaths. The United States currently has the […] 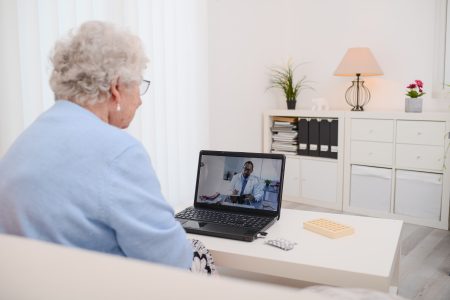 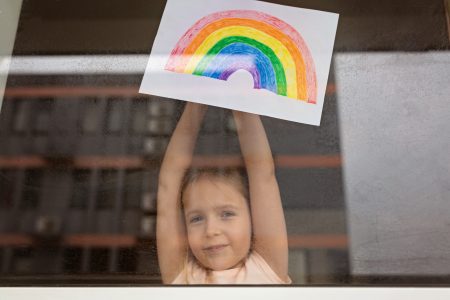 Share ArticleShare Article According to one recent report, one third of all COVID-19 deaths in the United States have occurred in long-term care facilities, making the elderly and their nurses and […] 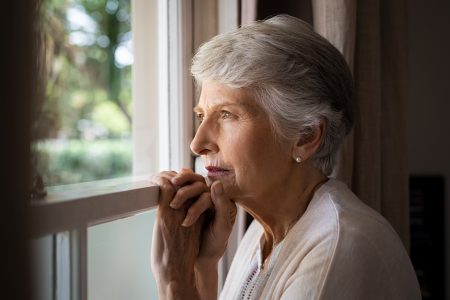 Share ArticleShare Article According to the CDC, Individuals over 65 years old, particularly those with underlying health conditions, are considered to be at the highest risk of suffering severe illness or […]